skip to main | skip to sidebar

OMG!  I am so over rude drivers.  Why can't people just give a wave?  This morning I'm heading West on Irving Park entering the Ravenswood intersection with a green light.  Traffic is backed up into the intersection and this beyotch just turns into my lane, even though she has a green.  The fact that traffic was backed up was her permission to roll through her red light.  Ugg... and no wave.
Then later, as I'm sitting at the an intersection a car rolls up on the right side, as if to turn right but when the light turns green accelerates into the lane to go straight.  Really?  Are you really in that much of a rush.  Michigan plates.
I'm going to start taking photos.  I got the Michigan car with my iPhone

Drivers on the Kennedy are no better.  Here I am entering from Irving Park, with my left blinker on, trying to get over onto the Kennedy.  I have to get over four lanes to stay on the Kennedy.  Do people try and make it easy for me?  No!  I always am waving, but jeeze people.  Lighten up.  You'll get there.
Posted by Sassy Blonde Girl at 10:33 AM 42 comments:

I have so many ideas and so little time.
Yoga
Consulting... helping grow my mom's business
Blogging
What to do?  What to do?
Posted by Sassy Blonde Girl at 3:31 PM 1 comment: 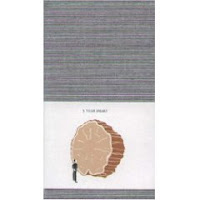 Well, it's 5:15 on a Tuesday.  And I'm beat.  About to head out the door to go to Yoga Now Chicago for my yoga teacher training.  Only a few more weeks and I'll complete my teacher training.  Can't wait.
Need to stop by the post office, get some gas, pick up a lottery ticket, pick up dry cleaning, go grocery shopping, mail my New Year's cards.... ugg will the personal crap never end.
So I may try blogging again.  I'm doing a bit more personal writing.  Stephanie gave me a 5-Year Diary, which is helping me document my life a bit and I started the picture a day project a while ago on Flickr.
I really like the 5-Year Diary.  There's a page a day, with five entries on a page where you can write in the year and a couple of lines about who you saw and what you did.  It complements my Day in the Life picture project where I'm trying to take a photo a day of the things I'm doing and people I'm seeing.  Right now the pictures are boring... early January and not too much going on.
I post to Flickr from Yahoo! mobile and then I've added an app to Facebook to pull in the pictures to my profile.
Need to thinks of a picture to take tonight.  I've already taken a ton of pics of my fellow yoga teacher trainees.  Oh well.  TTFN.
Posted by Sassy Blonde Girl at 3:13 PM No comments:

Color on a gray Chicago day
Originally uploaded by dcmarch.
Finally, it appears that Spring has Sprung here in Chicago. The Daffodils are blooming. It cheers me so to walk around my neighborhood or on my drive to work to see the bright yellow blooms of the Daffodil. It brings to mind one of my favorite poems, by William Wordsworth. And funny enough, the poem was featured in a movie Netflix sent me. The movie "Mrs. Palfrey at the Claremont" isn't a blockbuster, but it was sweet.

Daffodils - a poem by by William Wordsworth


I wandered lonely as a cloud
That floats on high o'er vales and hills,
When all at once I saw a crowd,
A host, of golden daffodils;
Beside the lake, beneath the trees,
Fluttering and dancing in the breeze.

Continuous as the stars that shine
And twinkle on the milky way,
They stretched in never-ending line
Along the margin of a bay:
Ten thousand saw I at a glance,
Tossing their heads in sprightly dance.

The waves beside them danced, but they
Out-did the sparkling leaves in glee;
A poet could not be but gay,
In such a jocund company!
I gazed—and gazed—but little thought
What wealth the show to me had brought:

For oft, when on my couch I lie
In vacant or in pensive mood,
They flash upon that inward eye
Which is the bliss of solitude;
And then my heart with pleasure fills,
And dances with the daffodils.
Posted by Sassy Blonde Girl at 4:09 PM 1 comment:

This was a fun weekend here in Chicago. Started out Friday at Sushi Wabi on Randolph for dinner with Mara and Mike. Mara is my cousin, Mike is her husband. They are both so good to me. We ate a ton of sushi; and it was good, but not as good as Sushi on the Rock. I miss the Kitchen Sink roll! From there we went to Red Kiva, where I had previously gone on a date. It's a jazz bar down the street. They had a good dj and we had a couple of drinks. Then after Sandy, Mike's buddy showed up we went to Fulton Lounge a couple blocks away.

Saturday morning went to my favorite Yoga class at Yoga Now Chicago. I take an Ashtanga yoga class, which is an extremely challenging form of Yoga. I love it. But as I was hung over from the previous night, I was pretty slow and lazy during the class. After a couple hours of naptime, I felt rejuvenated. Since it was cold on Saturday, I spent the day cleaning up my house and laundry, watching Lord of the Rings on TBS. It was a nice afternoon.

Saturday night Mara and I went to dinner at Sepia. A fabulous restaurant. We didn't have reservations, so sat in the lounge. I had a wonderful lamb stew with pasta, it was delicious. The wine was excellent. From there we went to a co-worker's 30th birthday party. Yes, 30! He was going on about how old he felt. Punk. Yet, there I was shot gunning beer.

I was so hung over on Sunday. After a long morning, reading the paper and drinking coffee I took a nap. Finally made it out to The Art Institute of Chicago to see the Homer/Hopper exhibit. But because I arrived so late I was unable to see both exhibits. I really enjoyed the Homer exhibit. He really mastered light in both watercolor and oil paintings.
It was a nice weekend... but too much drinking. :)
Posted by Sassy Blonde Girl at 5:40 PM No comments:

Yes, I think I'm back. I'm back to writing on my blog. I've missed it. Writing a bit every day was a great exercise. But I also think I'm getting back to my sassy self. Frankly, I've become a bit of a recluse here in Chicago. First because I was so swampped with work, which was/is fantastic. Work is great. But the first six months have been crazy busy. It's exciting stuff, but now things are slowing down just a tad. My other excuse as to why I'm a recluse is the cold weather. It's freakn cold here.

But it was a beautiful sunny weekend. A balmmy 35 degrees. You know I've adjusted to cold weather when I walk around and say that 35 degrees is balmy. Yesterday was lovely. I popped over to my neighborhood Irish bar for some good bar food and met the owner who was such a sweetheart. The bartenders are so good to me. From there I headed to the Garfield Conservatory. I wanted to be surronded by greenery. And that was the perfect place for it. They have a lovely Fern and Palm collection. It was so humid which is a nice change from the dry air here. I walked into the tropics room and it was actually hot! Loved it! So nice to walk around without a coat, be surronded by green plants and feel sunshine and heat. It's definitely a winter time favorite. From there I went to Oak Park and walked around the shops.

Anyway, I'm going to get out more and do more exploring of Chicago. No more recluse behavior for me! And I'm going to blog more. Hope you come back.
Posted by Sassy Blonde Girl at 9:43 AM 2 comments: 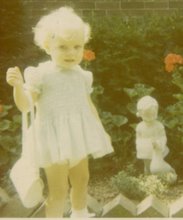 Sassy From the Start

Sassy Blonde Girl
Follow me as I try to live my life to the fullest and have as much fun and joy in my life as possible, all while trying to achieve my many goals!

This is a Flickr badge showing public photos from asalyea. Make your own badge here.